This is the second time that Dr. Shu has participated in a Haiti mission trip through No Scalpel Vasectomy Inc. (NSVI), as well as his fourth time in the past two years participating in an international mission project.

For the first time ever in October 2016, two NSVI teams provided vasectomy procedures and training at two sites simultaneously in northern Haiti. Over four days, we were able to perform vasectomies at five sites, some of which we visited more than once. Each team was composed of three international vasectomy experts and either an experienced Haitian vasectomist or a Haitian trainee. About 122 vasectomies were performed during the mission trip.

Our “guest vasectomist” volunteers not only paid their own way to Haiti, but also made generous donations to help cover NSVI expenses. 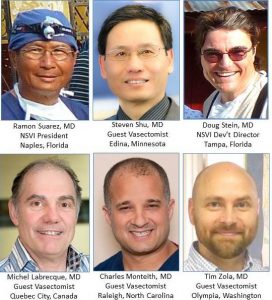