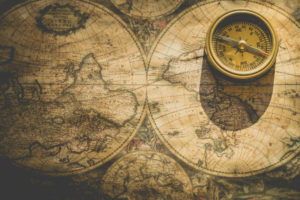 Hemorrhoids have plagued humans for thousands of years, with the earliest known mention of its symptoms dating back to roughly ~2250 BC in the kingdom of Babylon in the Code of King Hammurabi. Fast forward to 1700 BC in Egypt, and we stumble upon the first-ever recorded case of hemorrhoids, which also happened to highlight an important topical wound ointment.

The first use of the word “haemorrhoids” in the English language occurred in 1398. The term derived from the Old French word “emorroides,” taken from Latin derivative “hæmorrhoida-ae,” which in turn originated from the Greek word for “haimorrhois.”

Below is a timeline of key events in the history of hemorrhoid development:

~2250 BC: Babylon Code of King Hammurabi described the symptoms of hemorrhoids

460–375 BC: Hippocratic Treatises described hemorrhoid treatment by cautery and excision, and first recorded use of speculum to inspect the rectum (endoscopy)

5th–10th Century: Arab physician El-Zahrawy defined cautery irons use, whilst Byzantine physicians ligated with thread on the hemorrhoid base, before amputating

1307–1370: John of Ardene’s exposition transcribed hemorrhoids and fistula treatment, and enemas use

1806: Modern era of endoscopy was piloted by Bozzini with his aluminum tube to expose the genitourinary tract

1952: Modification to the Milligan-Morgan procedure introduced by Ferguson

Due to lack of studies and documentation on hemorrhoids, as well as lack of patients seeking medical assistance, the exact prevalence of hemorrhoids is unknown. However, it’s estimated that roughly half of Americans develop hemorrhoids by age 50, with roughly five percent of the US population affected.

The outlook for hemorrhoid treatment and rehabilitation is generally positive. While some individuals suffer from flare-ups and recurring hemorrhoids, only a small portion of patients require surgery.