No, witch hazel isn’t some concoction brewed in a cauldron—but it most certainly can have beneficial health effects, especially on pesky hemorrhoids.

One of history’s most powerful natural healing agents, witch hazel has long existed as an anti-inflammatory compound. Dating back hundreds of years, it was used by both Native Americans and European settlers to reduce inflammation and bleeding within the body, and has since been touted for its natural astringent properties. Witch hazel has been an effective at-home remedy to treat hemorrhoid discomfort, yeast infections and acne.

In essence, witch hazel derives from the leaves and bark of the North American witch-hazel, Hamamelis virginiana. Its healing properties come from tannic acid, a chemical that can help constrict and cool the blood vessels and skin at the end of the rectum, which in turn reduces swelling and bleeding. 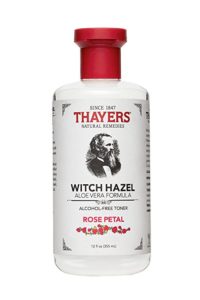 How Do You Use Witch Hazel?

Witch hazel can be purchased in liquid form or ointment form. Apply a pea-sized amount directly to the hemorrhoid three times daily AND after every bowel movement.

Witch hazel can also be found in products like hemorrhoidal pads and medicated wipes. For best results, use witch hazel products after taking a sitz bath (soaking the affected area in warm water for 10-15 minutes).

Are There Any Potential Risks or Side Effects?

Stomach discomfort may result if witch hazel is taken orally. Very rarely, topical witch hazel (applied directly to the skin) can cause inflammation. Overall, witch hazel is considered to be safe.

Keep in mind that while witch hazel can help alleviate hemorrhoid pain, it’s mostly used for basic, non-severe hemorrhoids. In the case of severe hemorrhoids or increased hemorrhoid flare-ups, witch hazel might not prove as effective. It is extremely important that anyone who suffers from hemorrhoid discomfort visits a doctor for a full evaluation or follow-up even after seeing signs of improvement from using witch hazel. Home remedies certainly help with symptoms, but it’s always best to see a doctor for a complete, thorough treatment method.