Hemorrhoids are swollen varicose veins located around the anus or in the lower rectum. About 50 percent of adults in Minnesota and Florida experience the symptoms of hemorrhoids by the age of 50.

Severe pain is actually not a common symptom of internal hemorrhoids, because internal hemorrhoid happens in the area above the dentate line that is supplied by the visceral nerve, like those found within the intestines, which sense pressure and dull discomfort rather than sharp pain. Many patients have mild irritating pain in their rectum periodically, especially when it has a flare-up. 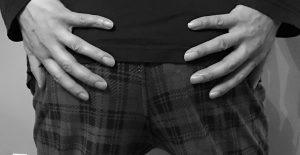